For Peace Of Mind 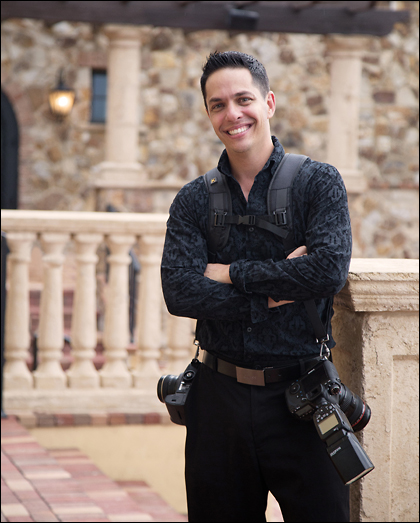 Henk Prinsloo grew up in the unadulterated beauty of the Overberg in South Africa. Being both a right and left brainer, Henk decided to study Information Technology, while moonlighting with his creativity.

Art became his passion stretching beyond a hobby to a means of expression and communication. He started painting in oil selling his work in galleries. After studying Information Technology, Henk worked successfully as a computer programmer for six years, both in South Africa and also in the United States. It was during this time that his artistic medium went from canvas to camera – his palette of visual arts would now include photography.

Your wedding day is such a climactic moment – an amalgam of cherished people and harbored dreams, leaving only a trail of memories behind… Capturing those memories is imperative and that is Henk’s forte. Henk’s style weds fashion photography and photo journalism, with a unique ability to capture a moment.

Henk and his team is available for weddings and commercial work in Chicago, Boston, New York and Madison.